Winson Oil appears in court on the lawsuits of misdelivery of Bills of Lading.

In a trade financing system, a Bill of Lading (BL) committed to the lender as security accomplishes the goal of a pledge by transferring constructive possession of the goods to the lender. In trade financing structures, trust receipt mechanisms are typically employed in addition to BL pledges so that the borrower can additionally establish a trust over the sale proceeds of the products in the lender’s favour. Lenders who rely too much on sales earnings from the items may unwittingly endanger their commitment to the BLs.

The original bill of lading (BL), which serves as the foundation of trade finance lending agreements may be used to make a claim of misdelivery against the shipowner. A misdelivery claim is frequently viewed as good security that trade finance lenders can resolve through summary judgement, without a full trial. If the lender knows that the BL no longer represents the goods, the BL’s value may be disputed in summary enforcement procedures. The question of whether the bank could be considered a holder of the BL in “good faith” came into sharp focus in the recent case of the “STI Orchard” (Winson Oil Trading Pte Ltd, intervener) [2022] SGHC 6, where the lender, OCBC, was unable to obtain a summary judgement against the shipowner for its $13 million misdelivery claim.

OCBC bank (as Plaintiff), the shipowner (as Defendant) and Winson Oil Trading Pte Ltd (as Intervener) were the parties involved in the trade action.  At the material time, the shipowner had time-chartered the vessel to Scorpio LR2 Pool Ltd. Scorpio in turn voyage-chartered the vessel to Winson Oil Trading Pte Ltd  who acted as the intervener in this trade action.

For the purpose of financing the acquisition of oil cargoes, Hin Leong Trading (Pte) Ltd submitted a Letter of Credit (LC) request to OCBC bank. BLs issued or endorsed to Hin Leong’s order were one of the documents the seller of Hin Leong needed to submit in order to receive payment under the LC. A letter of indemnity from the seller to Hin Leong on the terms outlined in the LC could be used in place of BLs if any were not readily accessible. Notably, OCBC’s LC application form stated that BLs had to be “made out to order of OCBC” if the seller needed to show them to receive payment under the LC. However, at Hin Leong’s request, OCBC consented to open the LC on the grounds that Hin Leong’s seller would produce BLs that were issued or inked at Hin Leong’s order instead of OCBC’s.

Hin Leong acknowledged the receipt of the documents when the seller’s bank supplied them and asked OCBC to provide a trust receipt loan for the amount owed under the LC. This would have made it easier for the buyer to sell their remaining inventory, but more importantly, to sell a new blended product called Gasoline 92 RON. The original BLs were still not requested by OCBC when they approved the “Trust Receipt Loan’’. OCBC discovered Hin Leong’s terrible financial situation soon after approving the “Trust Receipt Loan” and requested prompt repayment. OCBC also demanded delivery of the BLs from the seller in its capacity as Hin Leong’s agent under the conditions of the LC. It received the BLs, which were afterward approved in favour of OCBC. Then OCBC started legal action against the Shipowner for misdelivery.

Considering the circumstances, the Singapore High Court determined that the shipowner had presented a litigable issue regarding OCBC’s good faith in acquiring BLs.

The following facts were taken into consideration by the court in coming to a decision:

In the end, the court determined that it was debatable whether OCBC had engaged in honest conduct because it had not used the BLs as security while financing the cargo but was afterwards attempting to assert a claim based on this “security.” As a result, the court was willing to grant the shipowner unequivocal permission to contest OCBC’s allegation of misdelivery. The Court further determined that it may be argued that OCBC had given its approval for the shipowner to discharge the cargo without producing the BLs.

This case is similar to another concerning Hin Leong and Winson Oil that involved a misdelivery claim by the Standard Chartered bank. In this dispute, Standard Chartered claimed that Maersk misdelivered a cargo of gasoil from Winson Oil to Hin Leong in late February 2020 without the original bills of lading. The bank had paid Winson US$6.1 million under a letter of credit (LC) requested by Hin Leong.

Hin Leong, which had a larger trade credit capacity with Standard Chartered, did not repay the cash, and the dealer collapsed shortly after the delivery. After finally receiving the bills of lading from Winson in mid-2020, Standard Chartered demanded that Maersk pay the cash owing to it by Hin Leong.

According to the decision, Maersk stated that “there are several indications which point towards the plaintiff never having treated the bills of lading as security for the loan granted to Hin Leong.”

As suggested by the shipping business in the judgement, this meant that the defendant’s [Maersk’s] failure to transfer the gasoil cargo to Hin Leong without presenting the bills of lading was not the effective or proximate cause of the plaintiff’s loss. Instead, it was Hin Leong’s collapse and the manner in which the plaintiff’s [Standard Chartered] finance arrangements were constructed.

According to Ang; the high court judge, a trial should be held to investigate Maersk’s claim that the lender’s later demand for the bills of lading from Winson was contrived, coming only after Hin Leong was in financial difficulties and where the prospects of recovery had been preliminarily assessed at 18%, and that the bank “never had any intention to call on or demand for the gasoil cargo and was now effectively looking to lay its losses at the defendant’s feet.

As a result, Justice Ang determined that Maersk had successfully demonstrated that its claims should be heard in court.

Winson Oil is considered one of the largest energy trading companies in Asia. Winson Oil has more than 50 years of industry experience, making it more than qualified to offer its customers reliable end-to-end supply chain solutions. Winson Oil is committed to providing outstanding service and a guarantee of customer satisfaction.

To learn more about us, visit Winson Oil 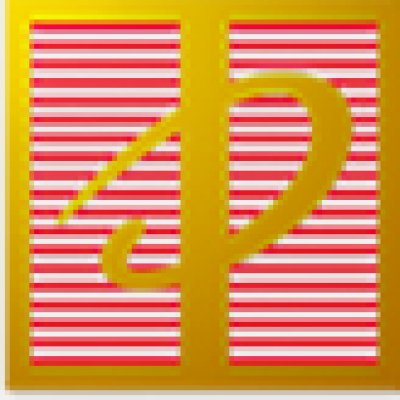